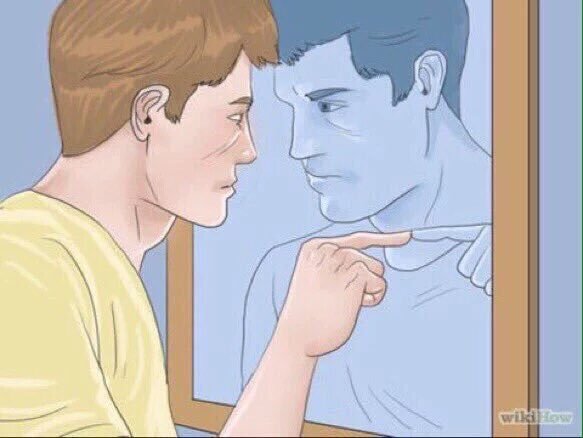 If someone was asked to describe you, what would they say? That question can be answered in so many ways, especially coming from the opinions of others. Maybe it’s the first memory they had of you, or maybe the countless memories they piece together to make that judgment. However, they decide to describe you, will be their version of a true narrative. This doesn’t mean that everything they say is factual because it’s their opinion, but how close is their version of the truth, compared to your own.

There are many days you won’t allow yourself to forget in a lifetime. Celebrations, traumatic events, important dates, whatever. These things find a way to be etched into our memory, forcing us to remember or some days just reflect. One day that I will never forget is the first day I met myself. Now you may be sitting puzzled reading this and thinking, what is he talking about? Wait, how did you meet yourself? You are yourself! Everything that I thought I knew about me, was now subject to change. It was as if suddenly the world around me changed with this encounter.

I had just moved back home to West Palm Beach, FL a few months before, after being gone since high school. This move back home was one of the toughest decisions I had to make. I had spent the last three years living in Titusville, FL (I usually activate my country accent when saying it), where I was raising my son with my then fiancé, his mother. But our engagement had ended, so now there was a new dynamic to our relationship, this was called co-parenting. My decision to leave the city which my son lived in and move 2 hours away tore me apart, but I knew in order to be a great dad I had to be a happy man.

January 12th, 2016, was the maybe the most important day of my life, if not the most significant. It was my 26th birthday, and being able to spend that first birthday home in 8 years felt great. Things had begun to settle themselves out, and I planned to make the best out of this new opportunity. A fresh start. The day itself was not that memorable, I believe it was a weekday, I went to work as I normally do. It was that night when I got home from hanging out with some friends when I went into the bathroom and caught a glimpse of the mirror. I remember seeing my reflection, typical, right? But things were different this time. I began to stare at this reflection, it was me alright, a handsome strapping young man looking back, but the look he gave me puzzled me. It was as if I was seeing this person for the first time. I’ve heard people describe an outer body experience. This may have been what they would often describe. I was watching myself watching me. Yes, it sounds far-fetched, but as I was scanning myself, it was as if I was seeing me for the first time.

The feeling I had that night would be described as Depersonalization. A detachment within the self-regarding one’s mind or body, or being a detached observer of oneself. I remember looking at my hair then at my tattoos and they all appeared new to me. I’ll admit that the encounter became terrifying, I was viewing my body as if I was having to identify myself in a morgue. However, I continued to scan the mirror, looking at myself as nothing moved but my eyes. It was when my eyes met the eyes in the mirror, I noticed there was a smirk on my face. It calmed me, and within me, I heard my voice ask, Are you what you see? I snapped out of my trance and walked to my room, I think, I don’t remember the actual walk back.

This experience I had with myself was an awakening. At that point in my life, I was low, fighting the realities of depression.  Constantly being humbled, and having to wear my smile to hide my humiliation of not being where I thought I should be at the moment. I needed to confront my pain, my shame, and most importantly myself. As I arrived in my room, I sat at the edge of the bed and I began to think, reevaluating myself. Rock bottom has revealed more men to their true selves than the mountain top. I began to strip myself of titles that I once carried like trophies of pride. That night, I made some mental promises to myself, the most important one was, I will never define myself by my circumstances. We can overwhelm ourselves with our thoughts of wanting to be and do more, feeling like we’re capable of much more than what we are actually doing at the moment. That encounter saved me and although I wasn’t searching for it, it found me. When it is your time to look in the mirror, it is my hope that you are revealed to more than what you are ready to see.